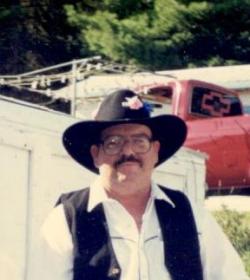 Following a lengthy illness, Brent Deleavey of Linton Corner, NB, passed away on Sunday, May 12, 2019 at the Grand Falls General Hospital.

Brent was predeceased by his parents and his brother, Gary Deleavey.

Funeral service was held on Thursday, May 16, 2019 at 11 am from the Tobique Chapel. Rev. Emile Arsenault officiated. Interment will be in the Anfield Community Cemetery at a later date.

Music for the service was by Heather Newman. A poem was read by April Michaud.