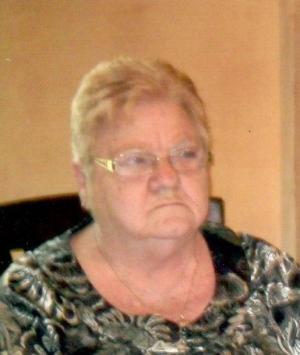 With her family by her side, Glenna Wanda Taylor of Arthurette, NB, passed away peacefully at Hotel Dieu St. Joseph Hospital on June 8, 2019.

Glenna was predeceased by her parents; her son, Mitchell Taylor; her brothers, Ray, Donald, Vincent, David, and Therman Watson; and her son-in-law, Johnny Goodine.

A graveside service in memory of Glenna was held on Wednesday, June 12, 2019 at 11 am at Larlee Creek Cemetery. Father Gilbert Doddatto officiated.

The eulogy was given by Glenna's granddaughter, Kristen Fournier.