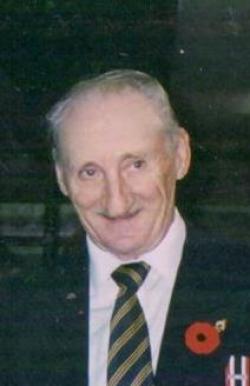 Gary was born in Arthurette, NB, on July 24, 1940. He was the son of the late George and Pheobie (Sprague) Tomlinson. Gary leave behind his daughter, Trena Fraser (David) of Arthurette, NB; his grandchildren, Megan and Nathan Fraser; his sister, Betty Hughes of Hamilton, ON; along with many nieces and nephews.

Gary was predeceased by his parents; his sister, Maxine Linton; his brothers, Raymond, Wiley, Ellery, Randall, Ivan, and Clifford Tomlinson.

Gary worked most of his life as a logging truck driver. He was a member of the Royal Canadian Legion, Branch # 85.

Music for the service was by Gerald and Charlene Fraser. The eulogy was given by Dale Linton. The urn was carried by Gary's son-in-law, David Fraser.