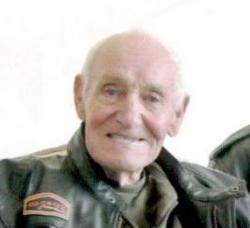 Roland was predeceased by his parents; his wife, Helen Miller (Davenport); his stepson, Fred Adams; and many brothers and sisters.

Roland worked cutting wood, farming, and driving truck. He also loved fixing anything he could fix and helping others out. When he was younger, he enjoyed fishing, hunting, and especially planting his garden.

Respecting Roland's wishes, there will be no visitation or funeral service held. A private graveside service will be held at Larlee Creek Cemetery at a later date.

Roland's family would like to thank the staff of the Victoria Glen Manor for the care he received in his final years.

In lieu of flowers, memorial donations to the Victoria Glen Manor would be appreciated by the family.