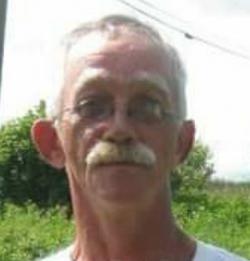 Wayne was born in Belleville, ON, on October 24, 1954. He was the son of the late Daniel and Myrna Smith. Wayne leaves behind his sister, Colleen Smith of Bathurst, NB; his brother, John Smith (Ethel) of Saint John, NB; along with several nieces and nephews.

He was predeceased by his parents; his wife, Jane Smith (Michaud); his sisters, Catherine and Deborah.

Respecting Wayne's wishes, there will be no visitation or funeral service held. His ashes will be buried in Our Lady of Mercy Catholic Cemetery in the spring.