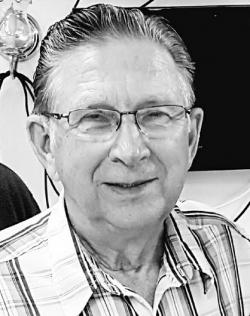 It is with great sorrow that the family of Fred P. Clark of Carlingford, NB, announce his passing at the Saint John Regional Hospital on January 21, 2020.

Fred was born in Carlingford, NB, on March 24, 1940. He was the son of the late Robert and Helen (Doughty) Clark. Fred leaves behind his loving wife of 58 years, Darlene Clark (Smith); his daughters, Donita Jardine (Max) of Buchanan, MI, Penny Van Petten (Brian) of Ponoka, AB; his sons, Gary Clark (Cheryl) of Presque Isle, ME, Jim Clark (Janice) of Ponoka, AB; twelve grandchildren and four great grandchildren; his sisters, Veronica Doody of Presque Isle, ME, Mary Willette (Lenwood) of Georgia, Donna Clark-Gagnon of Presque Isle, ME, Glenda Spittle (Greg) of Fort Fairfield, ME; his brothers, Terry Clark (Mavis) of Brewer, ME, Timothy Clark (Kathy) of Georgia; along with many nieces and nephews.

Fred was predeceased by his parents; his sisters, Nancy Adams and Sandra Moorehouse; his brothers, Raymond, Dale, and Donald Clark.

Funeral service was held on Sunday, January 26, 2020 at 2 pm from Calvary Tabernacle in Perth-Andover. Pastor John Fournier officiated, assisted by Mr. Jack Morris and Mr. Howard Paddock. Interment will be in the Presbyterian Rural Cemetery at a later date.

Music for the service was by organist Roma Ferrell and the Potorieko Family. The eulogy was given by Fred's son, Gary Clark.