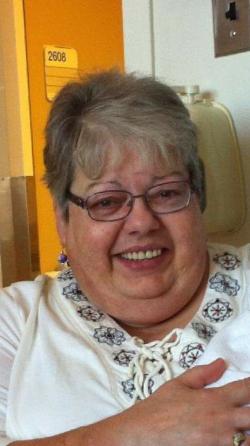 Mary Ann Boone of Perth-Andover, NB, passed away unexpectedly at her home on February 5, 2020.

Mary was predeceased by her father; her husband, Roger Boone, in 2018.

Mary Ann worked as a dietary attendant at the Victoria Glen Manor for 32 years. She was a member of CUPE and the Catholic Women's League.

Funeral service was held on Monday, February 10, 2020 at 2 pm from St. Mary of the Angels Catholic Church. Father Gilbert Doddatto celebrated, assisted by Father Curtis Sappier. Interment will be in St. Joseph's Catholic Cemetery in Tilley, NB, at a later date.

Music for the service was by Mrs. Tammy Chase. The eulogy was given by Mary Ann's daughter, Amanda Boone.