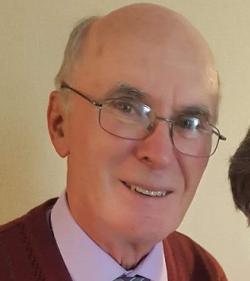 The family of Howard G. Aiton of Plaster Rock, NB, are heart broken to announce his passing at Dr. Everett Chalmers Regional Hospital on the evening of February 10, 2020.

He was predeceased by his parents; his grandson, Gregory Beaudoin; his sister, Sandra Bradford; and his brother-in-law, Russell Bradford.

Howard was a well known and respected businessman in the Plaster Rock area. He was a sales agent and distributor for Imperial Oil for 30 years. He was also a Life Member of the Tobique Lions Club. Howard enjoyed salmon fishing in his younger years. More recently, he enjoyed spending time with his family and friends. He was a very community minded person. He will be missed by all who knew him.

A celebration of Howard's life was held on Saturday, February 15, 2020 at 2:30 pm from St. Andrew's United Church. Rev. Kendall Harrison officiated. Interment will be in Three Brooks Cemetery at a later date.