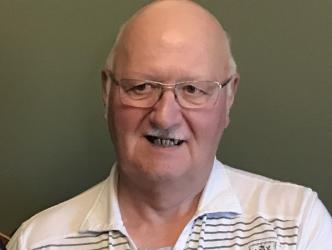 Robert was born in Bath, NB, on July 13, 1948. He was the son of the late William Adams and the late Marie (Robinson) Mailman. Robert leaves behind his loving wife of 50 years, Linda Adams (Bowmaster); his sons, Christopher Adams (Paulette Deveau) of Fredericton, NB, Robbie Adams (Carol Anne Naves) of Florenceville, NB, Sheldon Adams (Dawn Thompson) of Fredericton, NB; his six grandchildren and three great grandchildren; his sisters, Dianne Fitzherbert of Perth-Andover, NB, Rena Rear (Reg) of Branford, ON, Darlene Adams (Wayne Chiasson) of Kingston, ON; his brother, Ernest Adams (Penny) of Fredericton, NB; along with his four-legged furry friend, Bailey; and many nieces and nephews.

Robert was predeceased by his parents; and his sister, Gloria Brewer.

Respecting Robert's wishes, there will be no visitation or funeral service held. A private graveside services will be held at Larlee Creek Cemetery at a later date.

For those who wish, memorial donations to the Canadian Cancer Society or to a charity of your choice would be appreciated by the family.