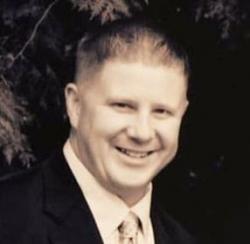 It is with great sadness that we announce the passing of Stephen John Brooks at Hospice House in Fredericton on June 6th, 2020, after a short aggressive battle with cancer. Stephen was born on July 13th, 1969 to Margaret (Reed) Brooks and Jack Brooks in Perth-Andover, New Brunswick. He was the youngest of five siblings, spending the majority of his childhood years on his family’s potato farm in Gladwyn. Mazerolle Settlement became his home in his adult years with his own family.

At a young age Stephen fell in love with motorcycling and snowmobiling and has been a passionate and talented rider ever since. He was esteemed by his riding buddies for being fast and smooth, both on the pavement and on the trails.

He was also an admirer of music, particularly rock music. Stephen took up the drums in his teens and played in the school concert and jazz bands. He was also the drummer in a garage band with his high school chums.

Stephen was a lover of knowledge, he was one to never stop learning something new. Stephen was a graduate from UNB in History and Psychology, the Maritime Forest Ranger School, ITI in Moncton and UMPI’s Faculty of Education.

Stephen had such a beautiful soul and calming presence, which allowed him to collect many friends over the years. He was a devoted father and husband, a loving son, brother and friend. May he rest in peace forever a star to watch over us.

Donations made to the Hospice House of Fredericton or a charity of personal choice in Stephen’s name would be greatly appreciated by his family.