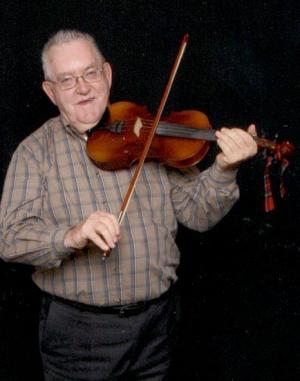 Lawrence Frederick LaFrance, a resident of Victoria Glen Manor nursing home in Perth-Andover, NB, passed away peacefully at the Manor on Wednesday, April 22, 2020.

Lawrence was born in Tilley, NB, on September 28, 1939, grew up there and lived there most of his life. He was the son of the late Harold Frederick LaFrance and the late Marjorie Wanda Schriver LaFrance, he was also predeceased by 1 brother David LaFrance. He is survived by two sons, Terrance Lawrence LaFrance (Brenda) of Tilley, NB, and John Murray LaFrance (Marsha) of Whitecourt, AB.

He is also survived by Elaine Castonguay (Gerald) of Grand Falls and their son, Mark Castonguay of Fredericton. They were an important part of Lawrence's life.

Lawrence graduated from Southern Victoria High School in 1957 and later was a licensed Volkswagen mechanic with A. G. Campbell in Perth-Andover in the 1960s. Lawrence had taken several courses in college in Fredericton on Volkswagen auto repair. Both before and after that, he worked in the woods for decades, much of the time for Fraser Companies. During this time he was lead guitar player for George Maunder’s Band and later for John Maunder’s band.

After he retired from active work in 2002, Lawrence spent much time playing music with the Wednesday Evening Fiddlers headed by his friend Garold Hanscom of California Settlement. Lawrence usually chorded on the piano with the group but also occasionally played acoustic guitar and bass guitar. Among the other instruments he played during his lifetime were: harmonica, Hawaiian guitar, dobro, mandolin and banjo. He was highly respected for his musical ability and is best known as a great fiddler and composer of beautiful fiddle tunes. Lawrence composed the music and Carol Rossignol wrote the words to the songs on her album. He was inducted into the NB Country Music Hall of Fame in October of 2010. He also received the Maritime Fiddlers Association Certificate of Recognition and the NB Music Certificate of Merit.

A graveside service will be held on Saturday, September 19, 2020 at 3 pm from the Lerwick Cemetery. Father Curtis Sappier officiating. A time of fellowship will follow the graveside service.

For those who wish, memorial donations to the NB Heart and Stroke Foundation, The Canadian Diabetes Association or Victoria Glen Manor would be appreciated by the family.