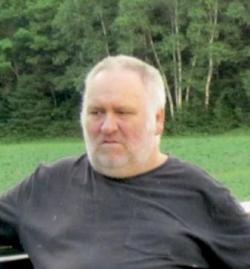 Following a short illness, Raymond Earl Miller of Beaconsfield, NB, passed away peacefully at the Saint John Regional Hospital on the evening of August 9, 2020.

Raymond was born in Perth-Andover, NB, on January 24, 1963. He was the son of the late Robert and Opal (Nicholson) Miller. Raymond leaves behind his sisters, Debbie Fournier-Kearney (Gary) of Beechwood, NB, Diane Wright (Arthur) of Four Falls, NB, Norma Miller and Bev Miller, both of Bairdsville, NB; his brother, David Miller of Beaconsfield, NB; his four-legged friend, Snoop; along with several nieces and nephews.

Raymond was predeceased by his parents; his sister, Joyce Miller; and his brother, Melvin Miller.

The eulogy was given by Sandra Crabbe.