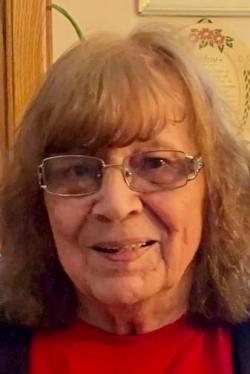 Sylvia "Chum" Grace Craft of Tobique First Nation passed away unexpectedly at the Upper River Valley Hospital on the evening of September 21, 2020.

She was predeceased by her parents, her son, Adrian Evans; her sisters, Bernadette Sappier, Mary Mitchell, and Regis Waloven; her brothers, Frederick, Herman, and Maynard Bernard.

Funeral service was held on Friday, September 25, 2020 at 11 am from St. Ann's Catholic Church, Tobique First Nation, NB. Father Curtis Sappier celebrated. Interment will be in the parish cemetery at a later date.

Music for the service was by organist Tracy Hamilton and the church choir. The eulogy was given by Imelda Perley.