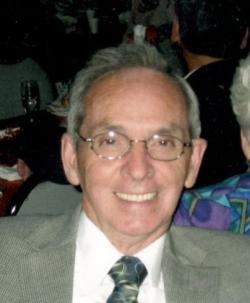 Ronald was born in Plaster Rock, NB, on July 2, 1943. He was the son of the late Harry and Gladys (Smith) Lewis. Ronald leaves behind his loving wife, Thelma Lewis (Campbell), resident of the Victoria Villa in Perth-Andover, NB; his sons, Barry Lewis (Penny) of Lethbridge, AB, Timothy Lewis (Julie) of North Bay, ON; his granddaughter, Melissa Forsyth (Jeff) of Lethbridge, AB; his great grandchildren, Claire and Jackson Forsyth; his sisters, Vicki Cochrane (Tom) of Rondo, ON, Susan Parent of Chatham, ON, Sally Rumford of Chatham, ON; his brothers, Robert Lewis (Laura) of Chatham, ON, Patrick Lewis (Lynn) of Dresden, ON.

A memorial service celebrating Ron's life will be held on Sunday, September 27, 2020 at 2 pm from the Plaster Rock United Baptist Church. Rev. Kris Shoemaker officiating. Interment will be in the Arthurette Baptist Cemetery.

In lieu of flowers, memorial donations to the Plaster Rock United Baptist Church or to a charity of your choice would be appreciated by the family.