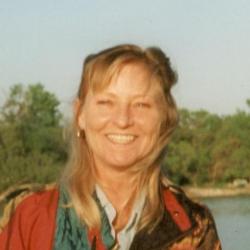 Following a lengthy illness, Dianne Lorraine Cochrane of Perth-Andover, NB, formerly of Hamilton, ON, passed away peacefully at the Upper River Valley Hospital on October 1, 2020.

Dianne was born in Moncton, NB, on December 18, 1955. She was the daughter of the late Elroy and Erma (Lutz) Cochrane. Dianne leave behind her daughter, MacKenzie Smith (Wesley Daye) of Perth-Andover, NB; her grandchildren, Riley Pottery, Keaira Pottery, and Zayden Daye; her close friend, Ron Milinkovic of Hamilton, ON; her sister, Arlene of Toronto, ON; her brother, James Cochrane of Toronto, ON.

Dianne was predeceased by her parents and her best friend, Jan Hamilton.

Respecting Dianne's wishes, there will be no visitation or funeral held.

For those who wish, memorial donations to the NB Lung Association would be appreciated by the family.