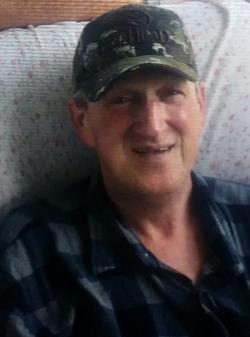 Dwayne Stanley Giggie of Perth-Andover, NB, formerly of Muniac, NB,passed away at Hotel Dieu St. Joseph Hospital on the morning of October 15, 2020.

Dwayne was predeceased by his parents and his brother, Dalton Giggie.

Dwayne will be remembered for the love of his children and his family. He enjoyed hunting, fishing, and cooking. Fall was his favorite time of the year.

Respecting Dwayne's wishes, there will be no visitation or funeral service. A private graveside service will be held at the Wharton Cemetery in Upper Kent, NB, at a later date. Father Gilbert Doddatto officiating.

For those who wish, memorial donations to the Wharton Cemetery or to the Canadian Diabetes Association would be appreciated by the family.