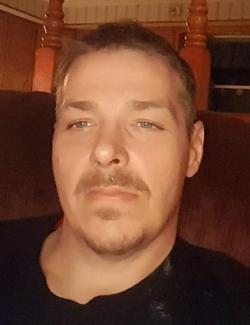 Corey Adam DeMerchant of Perth-Andover, NB, passed away unexpectedly at his residence on October 16, 2020.

Respecting the family's wishes, there will be no visitation or funeral service held.

For those who wish, memorial donations to the Larlee Creek Cemetery or the Canadian Diabetes Association would be appreciated by the family.