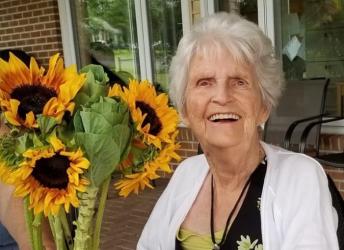 Following a lengthy illness, Ena MacLean of Plaster Rock, NB, passed away peacefully at the Tobique Valley Manor on the evening of October 22, 2020.

Ena was predeceased by her parents; her husband, Sydney MacLean; her sisters, Joan Burrell and Betty Colburn; her brothers, Donald and Terry Nason.

Music for the service was by Janice Broad. A poem was read by Ena's granddaughter, Sarah Shirley.