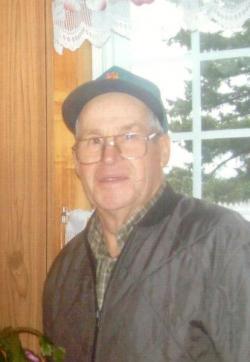 With his family by his side, Edward Merton Sutthery of Arthurette, NB, passed away peacefully at his home on November 3, 2020.

Edward was predeceased by his parents; his wife, Marjory Sutthery (Crawford); his sister, Frances Dyer; his brothers, John and Albert Sutthery.

In lieu of flowers, memorial donations to the Southern Victoria Cancer Assistance Fund or to a charity of your choice would be appreciated by the family.