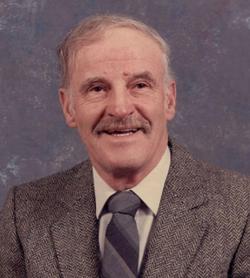 Lionel Joseph Michaud of Plaster Rock, NB, passed away peacefully at the Veteran's Health Unit in Fredericton, NB, on November 3, 2020.

Lionel was a Veteran of WWII and a member and Past President of the Royal Canadian Legion, Branch #29. He was also a volunteer firefighter for the Village of Plaster Rock for over 40 years.

Music for the service was by organist Peter Penny. The eulogy was given by Helene Hamel.