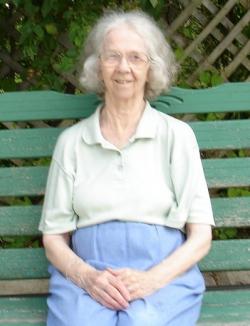 Following a period of failing health, Florence May Brewer of Plaster Rock, NB, passed away peacefully at the Dr. Everett Chalmers Regional Hospital on November 8, 2020.

Florence was born in St. Almo, NB, on March 28, 1934. She was the daughter of the late Patrick and Jessie (Pitt) Mahoney. Florence leaves behind her sons, Allan Brewer of Plaster Rock, NB, William Brewer of Montreal QC; her grandchildren, Malachi, Keagan, and Alexander; her sisters, Mary Monteith of Oakville, ON, Patricia Van Watt of Perth-Andover, NB; her brother, Edgar Mahoney of Red Deer AB; along with several nieces and nephews.

Florence was predeceased by her parents; her husband, George Brewer; her sister, Rhoda Mahoney; brothers Donald Pitt and Johnny Mahoney.

Florence was a retired RNA and had worked in various hospitals in Ontario and New Brunswick throughout her career. She was a member of St. George's Anglican Church in Plaster Rock, NB, and a member of the Anglican Church Women's Auxiliary. She was also a former volunteer at the Tobique Valley Manor for many years.

Funeral service was held on Saturday, November 14, 2020 at 2 pm from the Tobique Chapel. Mr. Kenneth Campbell officiated. Interment will be in St. Machutus Anglican Cemetery in Arthurette, NB, at a later date.