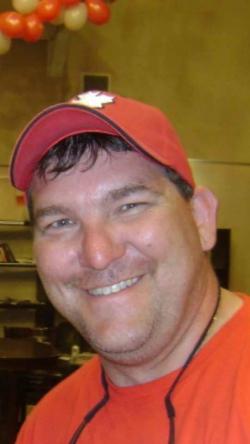 It is with great sadness that the family of Paul Andrew "Bubba" Hanson of Rowena, NB, announce his unexpected death at Hotel Dieu St. Joseph Hospital on November 20, 2020.

Andrew was born in Perth-Andover, NB, on January 1, 1970. He was the son of Kay Hanson (Parker) and the late Gary Hanson. Besides his mother, who lives in Rowena, NB, Andrew leaves behind his wife, Tryna Hanson (Plant); his sons, Logan Hanson (Shyla Richard) of Moncton, NB, Jared Hanson of Bairdsville, NB; his grandson, Zane Hanson; his sister, Ruth Francis-Keough (Mark) of Rowena, NB; his brothers, John Hanson (Candace) of Tobique First Nation, NB, Pete Hanson (Chauna) of St. Albert, AB; David Hanson (Cindy) of New Denmark, NB; along with several nieces and nephews.

Andrew was predeceased by his father and his brother-in-law, Trevor Francis.

A private graveside service was be held at the Rowena Pentecostal Cemetery on Tuesday, November 24, 2020 at 11 am. Rev. Reg Thomas officiated.

For those who wish, memorial donations to the Rowena Pentecostal Cemetery or the NB Heart and Stroke Foundation would be appreciated by the family.