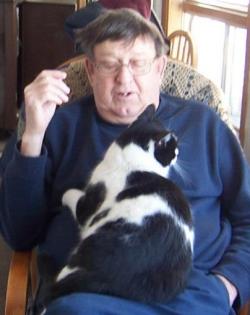 Following a brief illness, Charles Frederick Pryor of Arthurette, NB, passed away at the Upper River Valley Hospital on the evening of Saturday, December 19, 2020.

Fred was predeceased by his parents; his wife, Phyllis Pryor (Stevenson); and his brother, Richard Pryor.

Respecting Fred's wishes, there will be no visitation or funeral service held. A graveside service will be held at the Arthurette Free Will Baptist Cemetery in the spring.

For those who wish, memorial donations to the Canadian Cancer Society or the Canadian Diabetes Association would be appreciated by the family.