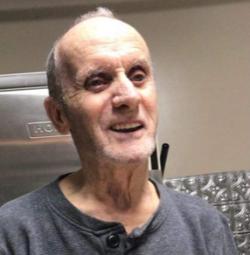 Dennis Jenkins of Three Brooks, NB, passed away unexpectedly at the Three Brooks Villa on the evening of December 24, 2020.

Dennis was predeceased by his parents; his sisters, Carla Tapley and Deborah Ruff; his brothers, Ray, John, and Brian Jenkins; his half-brother, Wayne Green.

Respecting Dennis' wishes, there will be no visitation or funeral service held.