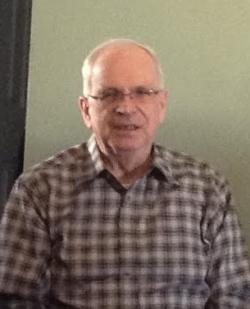 Following a courageous battle with cancer, Ranald McCarty of Perth-Andover, NB, passed away peacefully at his home on January 29, 2021.

Ranald was born in Fort Fairfield, ME, on January 19, 1947. He was the son of the late Clarence and Geneva (Campbell) McCarty. Ranald leaves behind his loving wife of 47 years, Mavis McCarty (Peterson); his daughters, Sarah Walker (Travis) of New Freedom, PA, Jennifer Trites (Matthew) of Hartland, NB, Pamela Denny (Nathan) of Upper Simonds, NB; eight grandchildren; his brother, Stephen McCarty (Tina) of Angus, ON.

Ranald was a Veteran of the Vietnam War. He served during two tours of duty with the Fourth Infantry Division of the United States Army.

Funeral service was held on Saturday, February 6, 2021 at 2 pm from the People's Church in Somerville, NB. Rev. Wayne Heikkinen officiated. Interment will be in the adjoining cemetery at a later date.

The eulogy was given by Ranald's son-in-law, Matt Trites.