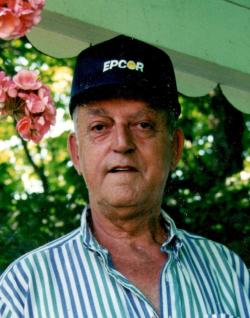 Eugene was predeceased by his parents; his loving wife of 48 years, Glenna Taylor (Watson); his son, Mitchell Taylor; his son-in-law, Johnny Goodine; and his brother, David Taylor.

Eugene enjoyed many activities, among them was hunting, fishing, playing hockey and baseball. He was an avid fan of the Toronto Maple Leafs and the Toronto Blue Jays. He and his son, Allison, spent many hours over the years watching hockey and baseball game together. Eugene had a very special bond with each one of his grandchildren and always had a special activity that he would spend time doing with them.

Due to the Covid-19 restrictions, there will be no visitation or funeral service held. A graveside service will be held at Larlee Creek Cemetery later in the spring.

For those who wish, memorial donations to the Larlee Creek Cemetery or to the Southern Victoria Cancer Assistance Fund would be appreciated by the family.