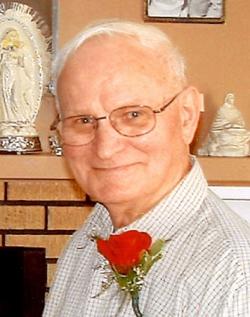 Following a lengthy illness and with his family by his side, Hubert Herman Fournier of Perth-Andover, NB, passed away peacefully at his home on the morning of February 6, 2021.

Herman was a 3rd Degree Member of the Knights of Columbus, Council # 6414.

A private funeral service was held on Tuesday, February 9, 2021 at 2 pm from Brunswick Funeral Home. Father Gilbert Doddatto and Father Curtis Sappier officiated. Interment will be in St. Mary of the Angels Catholic Cemetery at a later date.

The eulogy was given by Judy Durepos. Readings were by Stacey Fournier and Danielle Durepos.