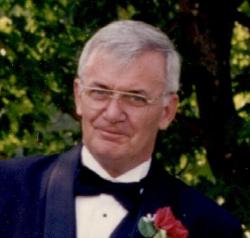 Ed was predeceased by his parents; his wife, Mildred Knowlton (Pelletier); his daughter, Debbie Davidson (Stewart); his stepdaughter, Joan Brayall; his sister, Erma Knowlton, and his brother, Glenn Knowlton.

Ed served with the Canadian Army with over 30 years of service.

Respecting Ed's wishes, there will be no visitation or funeral at this time. A celebration of Ed's life will be held at a later date. This obituary will be reposted once the details have been finalized.