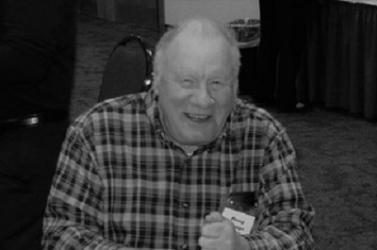 Douglas J. Plenge, MSgt.USAF Retired, passed away peacefully at home February 7, 2021 with his wife by his side. Doug was born on August 1, 1942 in Flushing, New York to Charles and MaryAnn (Arnold) Plenge. His mother passed when he was an infant and he spent his early years in Brooklyn, N.Y. with his father and stepmother, Dorothy (Short) Plenge. The family later moved to Long Island where Doug graduated from Copiague High School.

Doug joined the Air Force in January 1962. He spent the next 26 years serving his country before retiring in January 1988. Doug was stationed in Korea, Michigan, New York, Vietnam, Germany and his favorite base, Loring AFB, Me. where he met the love of his life, Mavis (Baker) Plenge. They had 47 years together. Doug always said that when he was younger, he had a dream that he would marry a redhead and he did! When asked why he joined the Air Force, Doug would jokingly say because it was the shortest line at the Recruiting Station. Doug was proud to have spent his military career in the Security Police Field.

In 1995 Doug began what he called a God- sent job at All Souls Congregational Church in Bangor. He loved his co-workers and all the members of the church. He had a special place in his heart for Robby and Betty Speirs, Al and Barb Gibson, Dr. Haddix and the Blue Dot Club. Doug loved playing jokes and while at All Souls he found a cohort in young Tyler Garret. He often enlisted Tyler’s help in his efforts.

One of his favorite stories was when they had repairmen coming to fix the organ and he had Tyler hide in a cubby in the area. As he took the repairmen to the site, he told them all about the ghosts in the church. Shortly after the repairs started, Doug gave Tyler the sign and out he jumped scaring the heck out of everyone. He said Tyler and he laughed all day about it. Doug had a strong faith and is now home safe in the arms of the God he loved.

After retiring from All Souls, Doug began volunteering at Coles Land Transportation Museum. He was an avid history fan and enjoyed all the exhibits. Doug never met a stranger and loved talking to all the visitors from near and far that came to the museum. He loved all the volunteers and workers at the museum and was constantly looking for corny jokes to entertain them with. The Veteran Interview program at the Museum was very important to Doug. He loved talking to the children about history and how important the military was. Of course, being Doug, he had to throw in a few jokes. Not sure how much of the history the kids retained but in the thank you letters he received they all talked about his jokes!

Doug enjoyed bowling, square dancing with the Levi Rounders Square Dance Club and being a member of Lynde Lodge. Doug was a devoted fan of the Cleveland Indians Baseball team and the Cleveland Browns football team. If they have a winning season this year, we will know he is pulling some strings in Heaven! It would be remiss if we didn’t talk about the legend of the “Wizard”. Doug loved Halloween and after receiving his Wizard costume, made by good friend Debby Forrest, he would wander thru Bangor passing out colored gems to anyone he met. Doug was a kid at heart and will definitely be missed.

In addition to his wife Mavis (Baker) Plenge, he is survived by his brother Robert Plenge of Oswego, New York, his nephew Richard Plenge and family of Winterhaven, Florida and in-laws Dorothy Ann LaRue and family of Bangor, Maine, Daymon and Marg Baker and family, Clara and Cecil Pirie and family, Helen Dixon and family all from New Brunswick, Canada as well as many nieces and nephews. Doug was especially close to his niece, Crista Sprague, and her sons Zachary and Isaac and niece, Crina Crain, and her daughter Abby and son Caden.

Per Doug’s wishes there will be no visitation. A graveside service will be held at a later date, at Saint Mary of the Angel’s Cemetery, Perth-Andover, N.B. Canada.
Burial Location
St. Mary of the Angels Catholic Cemetery