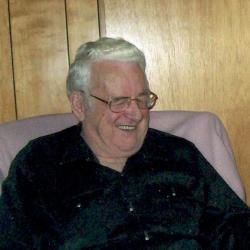 With his loving wife by his side, William "Willie" Pirie of Gladwyn, NB, passed away peacefully at his home on March 5, 2021.

Willie was predeceased by his parents and his brother, Jack Pirie; his brother-in-law, Angus "Bun" Bolstridge.

Funeral service was held on Monday, March 8, 2021 at 2 pm from St. Mary of the Angels Catholic Church. Father Gilbert Doddatto celebrated. Interment will be in the parish cemetery at a later date.

Music for the service was by David King. The eulogy was given by Janice Finnamore. The reading were by Rosalie Pirie. The urn was carried by Stephen Finnamore.

Maxine would like to express her heartfelt gratitude to Dr. David Bell, the Extra-Mural nurses, Willie's caregivers, and Rosalie Pirie for the excellent care they gave Willie over the years. She would also like to send a special thank you to her best friend, Lorraine Baker, for always being by her side.