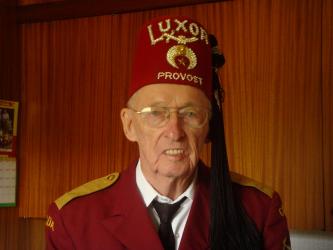 It is with great sadness that we announce the peaceful passing of Eugene Clifford Campbell.

He was born in Gordonsville, NB in 1923, the son of the late Addington & Agusta (Grier) Campbell. When he was 19 he joined the RCAF in Moncton, serving at various Canadian Stations. Upon discharge he located to Lakeville where he met and married Grace Wilson. They then relocated to their life-long home in Perth-Andover where he owned and operated several local businesses.

He was an Active Member in the Masonic Lodge and Shriners’ Temple for many, many years, helping in the raising of funds for the Children’s Hospital … parade after parade.

Along with his wife of over 50 years (Grace Wilson Campbell), he was predeceased by his parents, and brothers Ivan, Allen, Vernon and sister Lorna and baby Thelma.

Due to the Covid-19 travel restrictions, a celebration of Eugene's life will be held at a later date. Interment will be in Larlee Creek Cemetery.