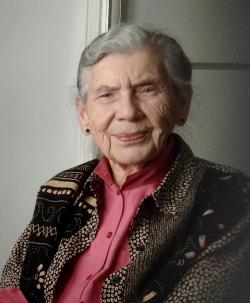 Peacefully at her home, Marie Louise (Marlise) Christmann of Perth-Andover, NB, passed away on Friday, March 26, 2021. She was the wife of the late Henri Christmann who passed away in 2007.

Marlise was born in Saarbrucken, Germany on March 25, 1924. She was the daughter of the late Schlosser and Frieda (Schwender) Lambert. Marlise leaves behind her daughter, Gabriele Wilkinson (George) of Spruce Grove, AB; along with her granddaughters, Erin and Kelly.

Following cremation, Marlise's ashes will be buried next to Henri's in Larlee Creek Cemetery.