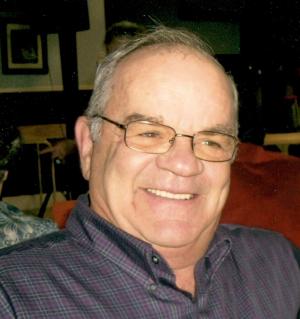 Robert Donald Tompkins passed away peacefully at his home on Tuesday, April 6th, 2021. He was 74.

Bob married Pam (Hollins) on September 25th, 1971. He loved her, the life they built together and every minute of their 49 years of marriage with all of his heart.

Bob had two daughters whom he named Tobian (Tobi) & Shelby. He loved his girls but was glad when the odds evened out with the marriage of Tobi & Robert Pirie, and Shelby & Jeremy Kennedy. He was proud of his sons-in-law and enjoyed their annual hunting trip.

Bob’s Pride & Joy were his grandchildren and he was honored to be their Papa. He would take them on four-wheeler rides, saw all their Christmas concerts, watched their sporting events and would always have pull-tabs for them. Cole, Jackson, Kelsey, Andrew & Casidy will never forget the word “cussed.” Papa never missed a birthday celebration and always recalled the day they were born.

Bob’s proudest moments were winning the Maritime ’A’ Baseball Championship in 1979, celebrating his 25th wedding anniversary to Pam, spending summers at Baird’s Campground, trips to various camps to snowmobile or hunt, winning on a pull-tab and carrying it in his pocket for weeks, playing a mean game of cards and his dog, Benji.

Bob started working for the DOT In 1977 as a labourer. In 1987 he was promoted to supervisor of the chip seal crew and then the Licford Garage. In 1999 Bob returned to school at NBCC-Moncton and completed the Highway Supervisor I. In 2002 after 25 years of service, Bob retired. Bob took pride in his job; he could name every road in Victoria and Carleton County and recall the exact year it was chip sealed.

Bob enjoyed spending time with his many friends. Playing a game of 45’s, washer toss, having a good cup of coffee, talking about the latest weather, construction or even gossip filled his days and brought upon many laughs.

Bob is survived by his brothers, Lynn, Jimmy (Sally) and Kevin (Glenna). He was predeceased by his mother & father; sister Faye & brother Dwayne. He is survived by his in-laws, Donnie, Colleen (Fraser) Brian (Bert), Jeff (Daphne) Kelly Bucci and Alanda (Michael) Hollins. He was predeceased by his brothers in-law Herman Crawford and Mike Hollins. He also has many nieces, nephews, great nieces & nephews and cousins.

In honour of Bob, the family asks that you purchase a pull tab and enjoy the pull with family. In lieu of flowers, a donation may be made to MacKellar Cemetery or Dunroamin Stray & Rescue.

Thank you to Extra Mural & Dr. Allison Kennedy for their care the past two years.

Thank you to the community of Arthurette, where Bob called home for 48 years. Family & Friends always knew that yellow house with the yellow garage, 6 houses up from the post office, with the big gardens. They always had a story or two.

~The moment your heart stopped, mine changed forever~

A celebration of Bob's life was held at his home on Saturday, April 10, 2021 at 2 pm. Interment followed in the MacKellar Cemetery.

Music for the service was by Donnie Michaud. The eulogy was given by Bob's daughter, Tobi Pirie. Several other family members and friends shared stories about Bob and read poems at the service.