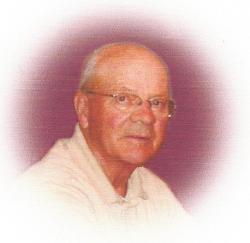 James Edward Hudson of Aroostook, NB, passed away peacefully at Hotel Dieu St. Joseph Hospital on the evening of July 1, 2021.

Jim was born in Grand Falls, NB, on May 25, 1931. He was the son of the late Edward and Florence (McQuade) Hudson. Jim leaves behind several nieces and nephews. He was the late surviving member of his family.

Funeral service was held on Monday, July 5, 2021 at 11 am from Our Lady of Mercy Catholic Church. Father Gilbert Doddatto celebrated, assisted by Father Curtis Sappier. Interment followed in the parish cemetery.

Music for the service was by Jane Toner-Robichaud. The eulogy was given by Wayne Roach. The urn was carried by Jim's nephew, Guy McCluskey.