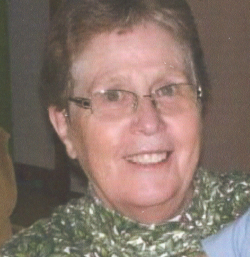 Sharon Ann Polchis of Tobique First Nation, NB, passed away unexpectedly at her home on July 21, 2021.

Sharon was predeceased by her parents; her husband, Ernest Polchis II, her sisters, Louise Stark and Lynn Lass.

Respecting Sharon's wishes, there will be no visitation or funeral service held. Interment will be in St. Mary of the Angels Catholic Cemetery at a later date.