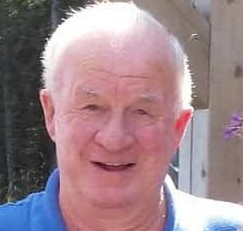 Following a lenghty illness, Ronald Briggs of Three Brooks, NB, passed away at the Grand Falls General Hospital on August 24, 2021.

Ron was predeceased by his parents; his wife, Kathleen "Kay" Briggs (Parish); his son-in-law, Roger Vink; his brothers, Johnny and Glen Briggs.

A service celebrating Ron's life will be held on Wednesday, August 17, 2022 at 2 pm from St. Andrew's United Church in Plaster Rock, NB. Visitation will be held at the church from 1-2 pm prior to the service. Interment will be in Three Brooks Cemetery. It has been requested that anyone attending the service please wear a mask as Per the United Church protocol.

For those who wish, memorial donations to the Mamma Bear Cancer Fund or to the NB Alzheimer Society would be appreciated by the family.