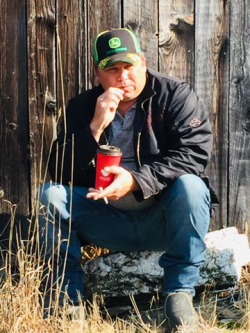 It is with broken hearts that the family of Daniel William Tompkins of Blue Bell, NB, announce his unexpected passing at the Grand Falls General Hospital on August 24, 2021.

Daniel was predeceased by his father; his paternal grandparents, Norman and Isabelle Tompkins.

Funeral service was held on Sunday, August 29, 2021 at 2 pm from the Lerwick Free Will Baptist Church. Mr. Michael Chase officiated. Interment followed in the Lerwick Cemetery.

The eulogy was given by Daniel's daughter, Britney Tompkins.