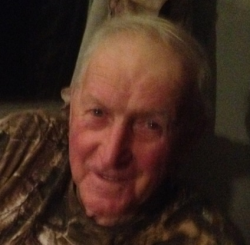 Willie was predeceased by his parents; his son, Dale Fraser; his sisters, Doreen, Gladys, and Phyllis; his brothers, Harold and Jackson.

A graveside service celebrating Willie's life will be held on Tuesday, November 2, 2021 at 2 pm from the Arthurette Baptist Cemetery. Mr. kenneth Campbell officiating.