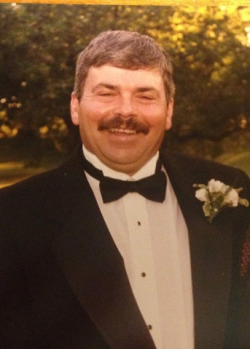 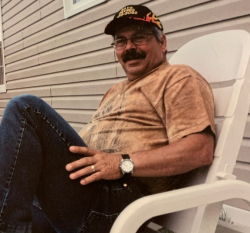 With his close family by his side, Normand Godin of Grand Falls, NB, passed away peacefully on November 20th, 2021 at the Grand Falls Manor.

Normand was born in Ste-Anne-de-Madawaska, NB, on March 2, 1951. He was the son of the late Emile and Clara (Bérubé) Godin. Normand is survived by his wife, Coleen Godin of Grand Falls; his daughters Denise Richard (John) of Moncton and Rosanne McCarthy (Sunil Ramnarace) of Carleton County; his foster children, Chrissy Swan (Danny) of Hartland and Charles Godin (Carissa) of Lethbridge Alberta; his grandchildren, Chad Richard, Alyssa Richard, Andrew McCarthy, Carter McCarthy and Amy McCarthy; his sister, Rosanne Martin of Grand Falls; his brothers, Roger Godin (Janice) of Fredericton, Lawrence "Max" Godin (Vanessa) of St-André, and Robert Godin (Hennie) of Woodstock, Ontario; along with several nieces and nephews.

Norman was predeceased by his parents; his step-father, Alfred Martin; his brother, Conrad Godin; and his brother-in-law, Aurèle Martin.

Anyone who had the pleasure to met him, knew he would give the shirt of his back even if it was the last one he owned.

Normand was a friendly man who would talk to everyone in his path. His favorite places included a well known coffee shop where he would tell jokes to anyone who would listen. (Even known to have the best laughs at his own jokes).

He enjoyed cooking, fishing, sports, coaching hockey and spending time with his loved ones and friends. Always the biggest supporter to his wife and children.

Normand will be missed by many but never forgotten.

A celebration of Normand's life will be held at a later date. Interment will be in St. Alban's Anglican Cemetery, Medford, NB.

For those who wish, memorial donations to the NB Alzheimer's Society would be appreciated by the family.

The family would like to extend their thanks to Dr. Shawn Blunston and all the nurses and staff of the Grand Falls Manor.