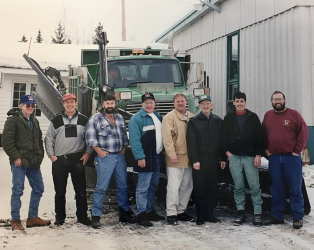 Following a brief illness, Hazen McQuade of Medford, NB, passed away peacefully at the Victoria Glen Manor on May 15, 2022.

Hazen was born in Perth-Andover, NB, on September 9, 1932. He was the son of the late Albert and Hazel (Wasson) McQuade. Hazen leaves behind his loving wife, Isabella McQuade (Ferguson); his daughters, Dorothy McQuade of Perth-Andover, NB, Donna Dyer (Colin) of Craig's Flat, NB; his sons, Roger McQuade (Brenda), Arnold McQuade, and Richard McQuade, all from Medford, NB; seven grandchildren.

Hazen was predeceased by his parents; his children, Terry, Steven, and Sarah McQuade; his sister, Alberta O'Hagan.

Prior to retirement, Hazen worked for the bridge crew of the Department of Transportation for 29 years.