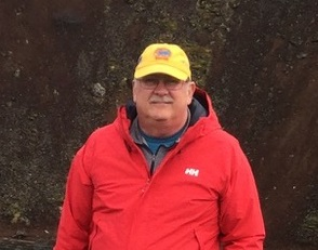 Sergeant Michael Stephen Jarvis was a member of the R.C.M.P. for over 30 years in Southern Ontario and Headquarters, Ottawa but he was more than a Mountie: He was a loving husband, father, brother, brother-in-law, son-in-law, uncle, Christian, friend, golfer, world traveler, Deputy Mayor, writer, author, gardener, volleyball coach (Sarg), Police Olympic Volleyball gold medalist, volunteer, lover of music, an all-round “gentleman”. His talents were endless.

On retirement in 2002 from the R.C.M.P where he traveled nationally and internationally, Mike returned to his hometown of Plaster Rock for 15 years. While living there, he supported Carol who attended UNB in her quest for an education degree. He immersed himself in contributing to the community as a Plaster Rock United Baptist member and volunteer, Village Councillor, Deputy Mayor, Tobique Lion Member, Assistant Superintendent of the Plaster Rock Community Cemetery, volunteer for the Donald Fraser Breakfast Program, Coach for the Middle School Tobique Panther volleyball boys’ team, author of the historical fiction book ‘G-3105’.

A move to Fredericton enabled closer access to the airport where Mike and Carol began the amazing journey of traveling the world together: two River Cruises along the Rhine, Main and Danube; two Ocean Cruises, Barcelona to Bergen and Iceland and just prior to the pandemic, Santiago Chile to Los Angeles along the Pacific Coast. Condo living at Golf Greens provided a great way to live, travel and be part of an amazing community. Golf was another of Mike’s passions while in Fredericton as he was a member of the Kingswood Golf Course and golfed regularly with the “Fab Four”. Mike has said that “God puts us where we need to be when we need to be there”. Being in Fredericton allowed him to be in close proximity to the hospital so that he had ready access to the technology and health services that he needed in the last 10 months and Carol was in close proximity to support him daily.

In lieu of flowers, donations can be made to the Fredericton Homeless Shelter, Donald Fraser Memorial School breakfast program, or the Grace Memorial Baptist Church Organ Refurbishment project,

Jesus said to her, “I am the resurrection and the life. He who believes in Me, though they may die, he shall live. And whoever lives and believes in Me shall never die.” John 11:25
Service Date
Monday, June 27, 2022
Service Time
2 pm
Service Location
Grace Memorial Baptist Church, 536 Northumberland St., Fredericton, NB
Burial Location
Plaster Rock Community Cemetery