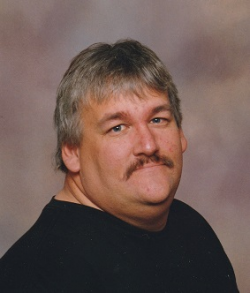 Rick Girvan tormented his wife, Dannette for the last time in their home in Kincardine, NB on June 19, 2022. He was just 54.

Having been a natural-born goofball he was no stranger to tormenting and aggravating everyone he ever met. Inappropriate and sarcastic comments were his way of saying “Hi”. But under all the antics he had a heart of gold.

Along with his talent for getting on your nerves he also loved people, he knew and liked everyone. If he didn’t then you had given him a reason.

Being a Girvan meant being a music lover, from playing as a DJ or playing guitar he just loved hearing and playing the tunes. He had also played in several bands over the years and in his younger days you could often hear his vehicle coming from half a mile away.

Family was another enjoyment of his. He’s leaving behind his parents Bill and Paula, sister Brenda (Carman), niece Hannah and nephew Michael whom he absolutely adored and tortured relentlessly.

He also liked the easier things in life like fishing, shooting squirrels, naps, driving, playing cards and just having fun. He didn’t have a serious bone in his body.

All that knew Rick will miss him and his huge sense of humor. He certainly had the knack of knowing how to make everyone laugh.

To follow with his wishes there will be no funeral service. Interment will be held on Saturday, July 30, 2022 at 2 pm from the Melville United Church Cemetery in Kincardine, NB.

Any donations in his honor can be made to the Southern Victoria Cancer Assistance Fund.