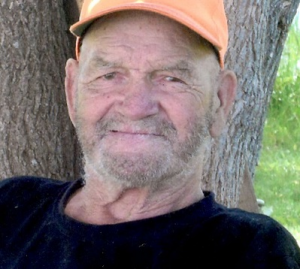 Eldon also leaves behind many grandchildren, great grandchildren, nieces and nephews. He is also survived by his sister, Emma Rioux of Quebec; his brother, Evans St. Peter of Lerwick, NB.

Eldon served in Germany and Korea during the Second World War. He worked as a trucker and a mechanic throughout his life.

Eldon enjoyed hunting and fishing and owned his own sporting camps on the Tobique River. Some of the memories of Dad we will cherish are seeing him sitting on his back lawn overlooking the Tobique River as it ran by, watching the deer or moose in the field on the other side of the river, the geese nesting on the shore, him feeding the deer in winter from his living room window...

You will always be in our hearts Dad. Love your family, Violet, Betty, David, Allen, Joe, and Junior.

Respecting Eldon's wishes, there will be no visitation or funeral service. A graveside service will be held at Burntland Brook Cemetery at a later date.