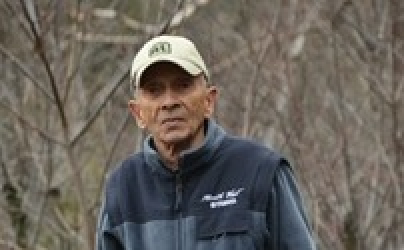 Bertin Godbout passed away peacefully at the Grand Falls General Hospital on October 31, 2022 at 90 years and five months of age. He was the husband of the late Ida Pelletier and the son of the late Cyprien and Alice (Gagnon) Godbout.

He leaves behind his daughter, Lisa Morrison of Grand Falls and his grand child, Ryan (Ann) of Dieppe.

Funeral were held on Saturday November 5, 2022 at 11:00 am from the St-Georges parish Church with Father Roland Poitras officiating. Interment followed in the adjoining cemetery. The Urn was carried by Ryan Morrison. A candle was carried by Anne-Maxime Poirier. Collection was made by Gaston Godbout and Guildo Godbout. Bookmarks were distributed by Paul Bourgoin and Morel Martin. An eulogy was made by Marlene Dionne.