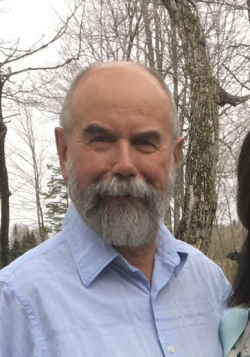 The death of Edward Alex Howard occurred Friday, November 4, 2022, at the Dr. Everett Chalmers Hospital. Born January 28, 1952, he was the son of the late Alex (Chub) and Constance (Hooley) Howard. Besides his parents, he was predeceased by his wife of 39 years, Jane Howard, and his nephew Jason Latour.

Ed was a man of many wonderful attributes. For starters, he was a loving husband, father/stepfather and grandfather. Ed had an admirable out-going personality. He would say hello to anyone he knew and always asked how you were. Ed definitely enjoyed playing crib, 45's, cards and other games with friends and family. He also loved listening to music including Elton John, Rod Stewart, The Eagles and many others especially while driving in his red Camaro. Ed also had a great love of travelling with family.

Aside from being a family man, Ed was actively involved in many organizations, clubs, charities, etc. When he wasn't volunteering his time through coaching various sports teams, he was on the sidelines cheering on his kids and grandkids. Ed has been a member of the Royal Canadian Legion Branch #36 for 40+ years and also took on the role as President for 2 full terms. He devoted many hours to the legion where he participated in selling chase the ace tickets, bingo night and all the main fundraising activities.

Ed worked as an electrical engineer for 35 years. He was employed by Maine Public Utilities, Wisconsin Public Service, Algonquin Power, Liberty Utilities and in the recent years for K-Line Construction. In the past couple of years Ed has travelled on storm calls all over the United States and some of the East Coast where he aided in helping restore power to many people in need.

Ed has made many remarkable friendships over the years while leaving an impression on all of us with his contagious smile and laugh. He will be dearly missed by all of those who knew him.

A Royal Canadian Legion memorial service will be held at the funeral home on Tuesday at 6 pm.

Donations made to any Perth-Andover area school breakfast program, or any local charity would be appreciated by the family.