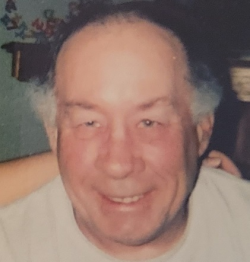 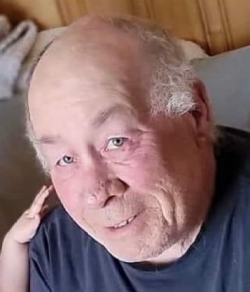 Omer was born in Perth-Andover, NB, on March 27, 1952. He was the son of the late Edward and Pauline (Lagace) Watson. Omer leaves behind his children, Dawn Michaud (Michael) of Tilley, NB, Tracey Gordier of Kitchener, ON, Brian Watson of Alberta, and Mike Watson of Edmonton, AB; his step-children, Joanne Sappier of Baileyville, ME, and Thomas "Jerry" Sappier of Portland, ME; his sister, Pauline Beaulieu (George) of Grand Falls, NB; his brothers, Alban Watson of Lake Edward, NB, Albert Watson (Lois) of Lake Edward, NB, Paul Watson (Millie) of Lake Edward, NB, and Alfred Watson (Darla Lamb) of Arthurette, NB; along with many grandchildren, great grandchildren, nieces, and nephews.

Omer was predeceased by his parents; his life companion, Barbara Sappier (Daniels); his son, Edward Watson; his step-sons, Tim and Tony Sappier; his nephews, Anson Watson and Johnny Mazerolle.

Omer was a loving companion, father, grandfather, and brother. He will be missed by many.

A celebration of Omer's life will be held on Monday, January 23, 2023 at his residence, 24 Fourth St. Tobique First Nation, NB, between 2-6 pm. A formal funeral will be held in the spring.

For those who wish, memorial donation to the Canadian Cancer Society would be appreciated by the family.