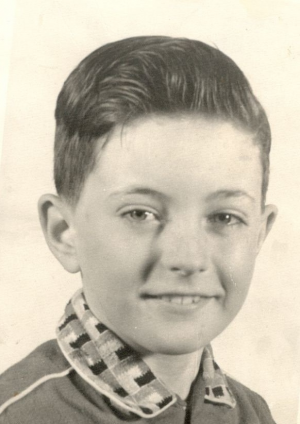 The death of Joseph Daniel Dickson “Danny” occurred Thursday January 19, 2023 surrounded by his loving family. Danny was born July 30, 1950 in Bathurst, NB. He was predeceased by his parents J. Claude and Myra (Dempsey) Dickson.

Danny was a member of the Knights of Columbus.

A celebratory Mass was held January 24, 2023 at 11:00am from St. Thomas Aquinas Catholic Church in Plaster Rock, NB. Father Gilbert Doddatto celebrated, assisted by Father Curtis Sappier. Interment will be in Sacred Heart Catholic Cemetery at a later date.

Music for the service was by Sheila Newlands and John Maunder. The eulogy was given by Erin Court and Josh Campbell. The reading was by Anne Campbell.

Donations made to the Sacred Heart Catholic Cemetery or the donor’s choice.

The family would like to extend their sincere thanks to the Emergency Room staff of the Grand Falls General Hospital for the special care they extended to Danny and family in their time of need.